We are very excited to launch our Safe Schools Project.

We will be actively speaking with Schools to explain the proven adverse effects of WiFi and other forms of electromagnetic (EM) pollution that are inevitably found in and around schools. With the advent of 5G and its cumulative effect on top of existing EM pollution from WiFi, power lines and masts, PCs, laptops, tablets and Smart boards etc, the levels of electromagnetic pollution are unprecedented and rising at an alarming rate.

The prevalence of Electrohypersensitivity (EHS) in populations is generally considered to be between 3% and 8% with a figure of 13.3% found in Taiwan. Even considering the lower figure there are children and teachers who are already suffering within the school environment.

A peer-reviewed study in 2015 concluded that 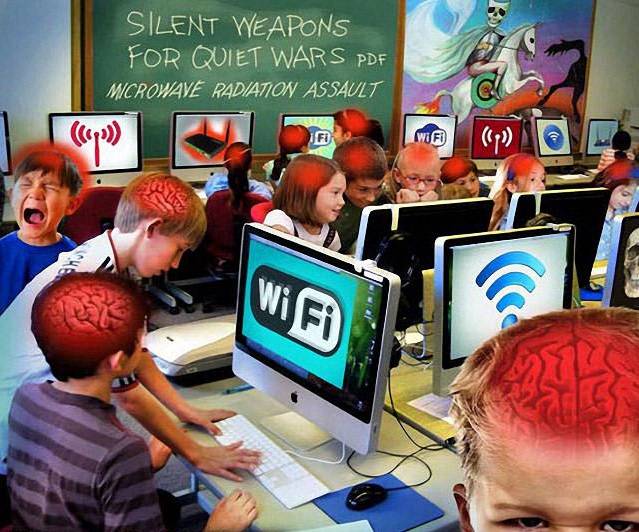 "It seems necessary to give an International Classification of Diseases to EHS to get it accepted as EMF-related health problems. The increasing exposure to RF-EMF in schools is of great concern and needs better attention. Longer-term health effects are unknown. Parents, teachers, and school boards have the responsibility to protect children from unnecessary exposure." 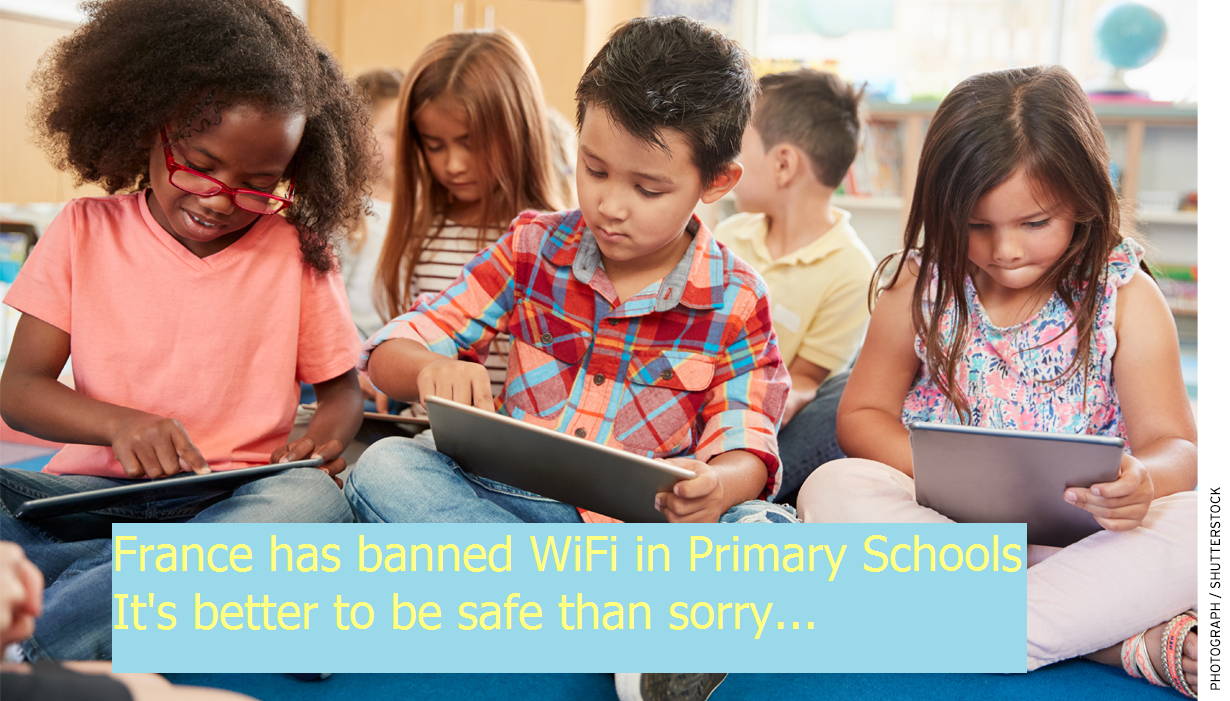 Technology is important and is here to stay, but we need to be aware of it's potential health costs. We must learn how to counter the down sides to enable us to live with it; to gain from its benefits but to use it safely.

Our youth are our future, but are considerably more vulnerable to these adverse effects. Steve Jobs (Apple) and Bill Gates (Microsoft) famously restricted their childrens' time using PCs, tablets and mobile phones etc because they fully understood the potential harm they can do, and this was years ago when EM pollution was a tiny fraction of what we have today.

That is why our Safe Schools Project is so important - to protect those who are totally reliant on us adults, and who need it most. Parents and teachers need to understand how EM pollution can adversely impact not only on childrens' learning, their concentration and behaviour but most importantly their health.

The following BBC Panorama clip questioned the safety of WiFi in Schools but since the programme was made the amount of EMFs has increased dramatically, with 5G about to take electrosmog to a new and even more dangerous level.

In recognition that schools often do not have funding for this type of consideration we have initiated a Safe Schools Affiliate Programme, the details of which are provided on our Affiliate page.

If you would like us to speak with your School, please contact us. We look forward to coming along to explain the facts and to show you how you can protect your children and all of their futures.